"Some of the worst offenders in the Clean Label Project’s tests were organic, plant-based protein powders. More than 75 percent had measurable levels of lead. And certified organic products averaged twice the heavy metals of their uncertified counterparts." Simply stated, organic produce and other ingredients are grown without the use of pesticides, synthetic fertilizers, sewage sludge, genetically modified organisms, or ionizing radiation. Animals that produce meat, poultry, eggs, and dairy products do not take antibiotics or growth hormones"  That's the official definition of organic from organic.org

Most have heard about arsenic risks from consumption of rice and apple juice, however, scientists have known since the 1920s that organic fertilizers used by farmers to supplement conventional systems—composted animal manure, rock phosphates, fish emulsions, guano, wood ashes, etc.—further contaminate topsoil with varying concentrations of heavy metals. Organic advocates, who rely exclusively on these fertilizers, remain well aware of the problem today, even though this appears as well to be an industry secret.

The implications of this fact cannot be overlooked. The human body naturally contains 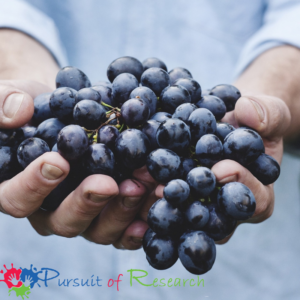 trace amounts of heavy metals, but when they accumulate faster than the body can excrete them, several serious health problems can follow, including again cardiovascular and neurological disorders as well as kidney and liver damage.  A 2017 study led by an environmental scientist published in the journal Nature Communications, suggests that differences in early-life exposure to metals, or more importantly how a child’s body processes them, may affect the risk of autism.  They found differences in metal uptake between children with and without autism were especially notable during the months just before and after the children were born. The researchers observed higher levels of lead in children with autism throughout development, with the greatest disparity observed during the period following birth.

This August 2018, Clean Label Project, a nonprofit, dedicated to improving transparency in labeling, released a brand new study about the ingredients you don’t see.  They tested 134 of the top-selling protein powders in America for industrial and environmental contaminants an found that forty percent of the products had elevated levels of BPA and heavy metals — like lead, mercury, cadmium, and arsenic.

According to internist Dr. Margarita Kullick, "Some heavy metals affect more of the brain, some of them affect the kidneys, affect the liver, but they actually pretty much affect all the cells. Cancer, autism, Parkinson’s, Alzheimer’s, multiple sclerosis, chronic fatigue." Some of the worst offenders in the Clean Label Project’s tests were organic, plant-based protein powders. More than 75 percent had measurable levels of lead. And certified organic products averaged twice the heavy metals of their uncertified counterparts.  "Vega Sport Plant-Based Vanilla Performance Protein" ranked dead last. The sample tested contained 67 parts per billion of cadmium — far exceeding daily tolerance levels in states like California, that have set limits. "This is literally one smoothie. One serving. So if you eat nothing else in an entire day, you've exceeded that state of California level,” said Jaclyn Bowen, executive director of the Clean Label Project.

All organic products and heavy metals

And it's not just protein powder. Heavy metals are now being found in USDA certified organic foods, superfoods, vitamins, herbs and dietary supplements at alarming levels. Neither the USDA nor the FDA has set any limits on heavy metals in foods and organic foods For more than a century concerned consumers have been aware that the synthetic pesticides of conventional farming leave heavy metals in the ground. But it's been an industry secret that the same toxins are in the organic soil.  It also appears to be a secret to most consumers that it's not just conventional farming methods that are an issue. The Agency for Toxic Substances and Disease Registry, a division of the U.S. Public Health Service, cites fruit and grain consumption as the leading cause of lead exposure in the general population.  It's already well known through a 2004 study that if there is lead in the soil it will be in every aspect of the vegetation that grows in that soil.  According to the CDC, no safe blood level of lead for children has been identified, and even low levels of lead can lower a child's IQ, and exposure during childhood can mess with brain development even decades later according to research.

W hen you purchase an organic tomato, you know it was grown without the use of pesticides, synthetic fertilizers, etc. as per the definition shared above, however without testing you don't know if that organic tomato is free of heavy metals such as mercury, lead, cadmium, arsenic, copper, and tungsten which are in  the soil, water or air and can contaminate food.   As consumers, I believe this should concern us more than if something is organic, or if something contains GMOs.  Why is this type of testing not demanded by us as consumers? Slow growing nutrients that are in the soil longer such as turmeric may be organic, but many of them to have been tested to be high in various heavy metals.  And certain botanicals such as rice and hemp are known to absorb more heavy metals as they grow.  The cannabis plant/hemp is known as an accumulator plant that historically has been used to clean the soil, or water of all toxins (heavy metals -even radioactive soil) Most aren't aware that the heavy metals will be concentrated in the CBD oil.  In a February 2015 edition of “High Times”, Daryl Hudson PhD, president of DOCSolutions, agricultural consultants on speciality fertilisers showed by tests that the extraction process (to produce Hemp paste from which CBD oils can be made) does indeed transfer toxins, both biological (fungal) and heavy metal in contaminated hemp plants.

The answer is simple.  Look for foods that state clearly that they contain foods tested low in heavy metals like IQed.  IQed is not just all natural but it's better than organic as each ingredient is a certified food tested free of not only heavy metals but also tested free of any hormones, pesticides and herbicides, stimulants, preservatives, genetically modified ingredients or synthetic contaminants.   As a mom, of course, I want to know that my patented nutritional composition IQed was and is tested free of heavy metals for my children and family. I shouldn't be the odd mom out on this though. Heavy metals build up in the body and again "affect more of the brain, some of them affect the kidneys, affect the liver, but they actually pretty much affect all the cells"  Unless you purchase a product that specifically states it's ingredients an final product are tested free of heavy metals, like IQed,  you will not know how much lead, copper, tin, zinc, cadmium, arsenic, and mercury you are also consuming.
In addition to providing 100% of all the essential nutrients required daily, all natural IQed contains a proprietary, potent, adaptogenic, phytonutrient, antioxidant ayurvedic blend rich in natural prebiotics and antivirals that support the brain, metabolic and immune system.  IQed is salicylates free and approved by the Feingold Association for the Feingold Diet.  IQed.is pharmaceutical grade, GFCF, lactovegetarian, and contains a premier blend of nutritious, high potency foods that have been researched and sourced from Eastern and Western cultures.

Lisa Geng got her start as a designer, patented inventor, and creator in the fashion, toy, and film industries, but after the early diagnosis of her young children, he entered the world of nonprofit, pilot studies, and advocacy. As the mother of two “late talkers,” she is the founder and president of the nonprofit CHERAB Foundation, co-author of the acclaimed book, The Late Talker, (St Martin’s Press 2003), and is instrumental in the development of IQed, a whole food nutrition meal replacement. Lisa currently serves as a parent advocate on an AAN board for vaccines and is a member of CUE through Cochrane US. Lisa is currently working on a second book, The Late Talker Grows Up and serves as a Late Talkers, Silent Voices executive producer. She lives on the Treasure Coast of Florida.